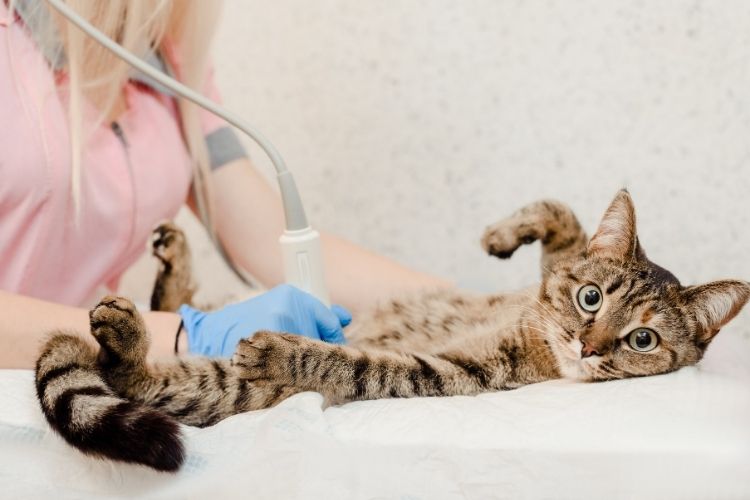 By examining how technology is advancing veterinary medicine, we can gain a greater appreciation for a field that is showing signs of exciting progress. Pet owners have long demanded the highest quality of care for their animals. The most recent leaps and bounds in veterinary medicine signal that better care will be more available to the average pet owner in the near future, revolutionizing the way we think of animal health care. As we expand our pet care abilities, we are building a better world for our best friends—one where their health interests are valued and protected, just as they should be.

Wearables are becoming a more popular way to monitor an animal’s health. These devices, including RFID sensors, GPS trackers, motion sensors, accelerometer sensors, cameras, and transmitters allow veterinarians to keep track of such vital statistics as body temperature, heart rate, respiration rate, and pH levels. Through the use of these tools, doctors can quickly diagnose and devise a better, quicker, and more accurate treatment.

Just as it has made drastic improvements to other scientific and industrial areas, 3D printing has also sent shockwaves through veterinary medicine. It is especially helpful for surgical procedures. Using computed tomography scans, animal bone models can be developed, which help educate pet owners about their animal’s physiology before they are operated on. 3D printing technology is also used to make custom-designed prosthetics for animals, which are very often difficult to find and obtain.

New minimally-invasive surgical methods can now be performed on almost any part of the body, including the heart. With new technology, post-surgery recovery time for pets has been brought down significantly, allowing the animal and their family to return to their normal lives much faster than before.

Many veterinarians and shelters now microchip animals for a small fee. Families that complete this procedure and get their pet registered with a microchip company are given a reliable method for pet identification should the animal ever wander off. The microchips, about the size of a grain of rice and usually implanted just under the skin between the animal’s shoulder blades, contain a registration number and a phone number of the registry for that particular brand of chip.

Handheld scanners can read the radio frequency of the chip and display this information. If your pet gets lost, a veterinarian or an animal shelter can find the animal, use a scanner to learn the pet’s registry, and then contact the registry in order to get information on how to return the animal.

Magnetic Resonance Imaging, or MRI technology has given neuroscientists the ability to analyze the brain. Now the science is being applied to animals, and not just on their heads. New advancements in veterinary MRI technology have allowed doctors to scan soft tissue structures before surgery. By having a look before they begin the procedures, a vet can search for any areas of possible danger and reduce the chance of something going wrong during the surgery.

One major downside of using an MRI on an animal is the technology requires that the subject be completely still during the observation. Unlike humans who can be told not to move an inch, pets need to be put under anesthesia to get the same result. Anesthesia is very expensive, so much so that it is often impractical to use an MRI machine frequently in a veterinary practice. Ultrasound technology, however, can be applied when the animal is awake, which saves a tremendous amount of money on anesthesia.

Often used on humans for creating images of fetuses as they develop, the same tech is now being used to make 3D and even 4D images of hearts by cardiovascular specialists. The fur that surrounds the examination point will usually need to be shaved, but aside from that, the procedure should have no impact on the animal.

Another instance of how technology is advancing veterinary medicine, the laparoscopy procedure uses a small camera and light source that can be inserted into the abdominal or thoracic cavity to explore what is inside the body. In 2011, the Royal Zoological Society of Scotland launched the first widely reported use of this procedure when they used it to remove diseased gallbladders from moon bears.

Bone failure is a very real threat to the health of thoroughbred racehorses. As they train, horses may develop microscopic bone fissures. If not detected, these can grow into fractures. Hoping to preempt that problem, researchers have created a method of detecting the sonic waves that micro-fissures produce.

The discovery of Recombinant DNA, or rDNA, has created the conditions for a revolution in the medical world, including and especially with veterinary medicine. Before rDNA’s discovery, drugs like insulin, somatotropin, and prolactin were difficult to make. With rDNA, we can not only make drugs cheaper to produce, but it also opens up the possibility of gene therapy.

Using rDNA procedures, vets can replace missing or broken genes in animals and treat a plethora of medical issues. The technology has not yet been used to its full potential, in part because there continues to be a debate in the industry over how ethical it is to replace animal genomes.

The world of veterinary medicine is constantly changing to match the ever-increasing demand for high-quality pet care. Our animals are some of our best friends. They deserve only our best efforts. As pet care becomes more and more advanced, more families can rest easy knowing that their buddy is living healthy, safe, and sound.